Chirality is the basic properties of nature. As an important branch of organic chemistry, asymmetric synthesis is critical for efficient preparation of chiral compounds. Morrison and Mosher in 1971 defined asymmetric synthesis as a chemical reaction process in which non-chiral substrates are affected by chiral reagents to form optically active products. Currently, asymmetric synthesis is widely applied in chemistry, chemical engineering, medicine, biology, life science and other fields, which is the central issue and frontier of organic chemistry research. Chiral catalysis is the process of efficiently transforming prochirality substrates into specific optically active products in the presence of chiral catalysts. Chiral catalysis has the advantages of high atom economy, reaction operability, and large-scale industrial production when compared with others. Therefore, chiral catalysis has become one of the most active and interesting research fields in organic chemistry. 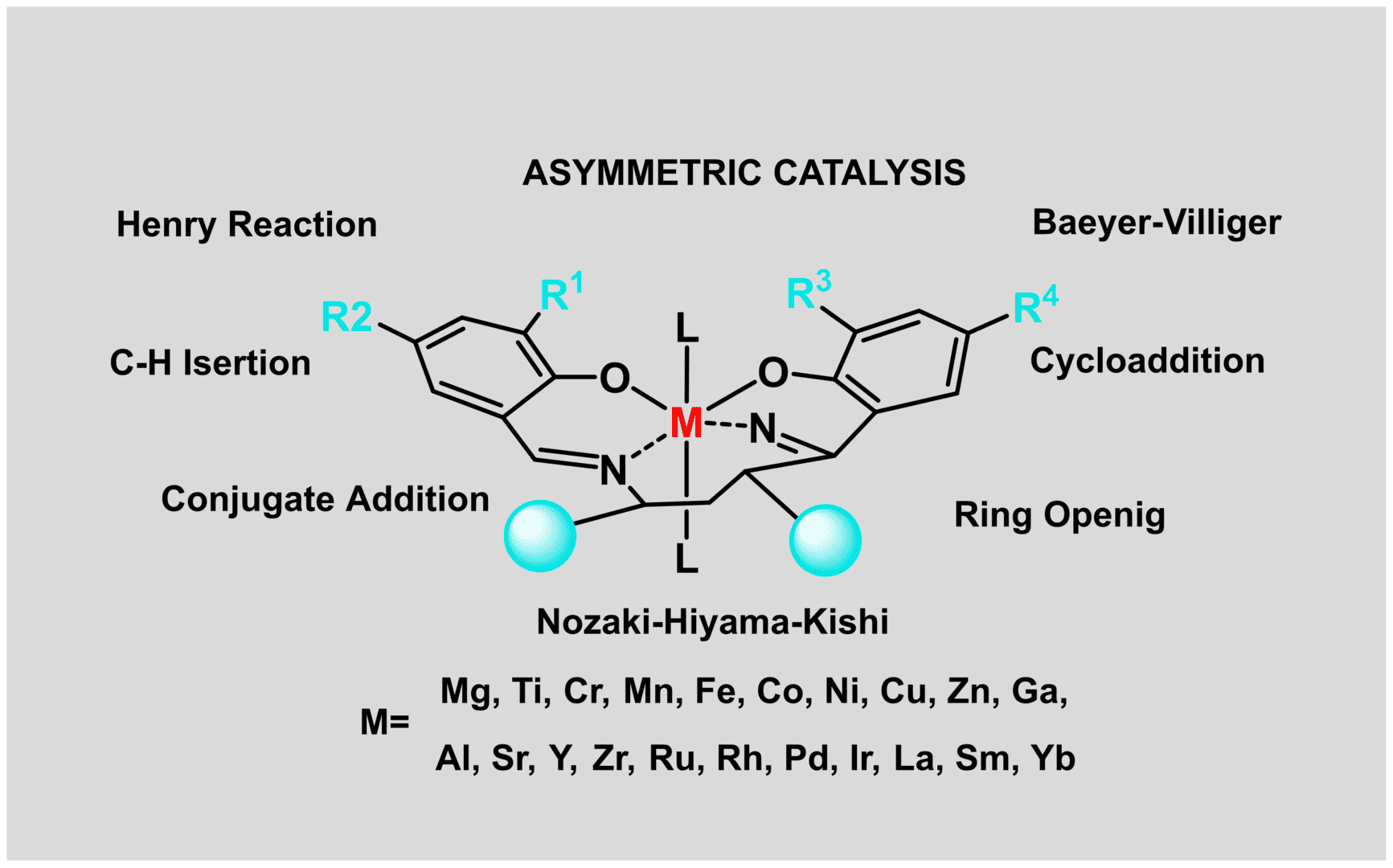 Chiral catalysis can be represented in a general picture as a process that takes place in a so-called chiral pocket formed by the catalytic centre (in many cases a metal) and the bulky groups in the near environment that restrict the mobility of molecules around the coordinated substrate, provoking the enantioselection. The most obvious method to modify enantioselectivity is the modification of this chiral pocket, either by changing the shape and size of the bulky groups or by changing the coordination of metal, using a different metal or the same one with different oxidation state. When searching the optimal chiral pocket for a given reaction, bulky groups and metal must be considered as a whole, given that the accommodation of the substrate in the chiral pocket and the efficient shielding of one of its prochiral faces are conditioned by the global geometry of this environment.

Chiral catalysis is one of the main avenues by which stereoselective synthesis can be achieved in organic chemistry, and it has therefore been a major focus in the development of homochiral products for applications. With further researchs, various chiral catalysts have emerged and roughly divided into three types, including biocatalysts, chiral metal complex catalysts, and chiral organic small molecule catalysts. Biocatalysis has the advantages of high efficiency, high stereoselectivity, green and pollution-free, and mild reaction conditions. It is commonly applied in the catalytic synthesis of chiral compounds that are difficult to resolution and is a new asymmetric catalytic synthesis method in recent years. As the highlights of asymmetric synthesis, chiral metal complex catalysts are widely used in industrial production with high structural flexibility, high enantioselectivity, and wide application range. Moreover, it exhibits strong selectivity in catalytic asymmetric hydrogenation reduction reactions, and has been successfully used in the synthesis of chiral alcohols, chiral amines, chiral amino acids, chiral carboxylic acids, etc. Most metal complex catalysts have the disadvantages of water and air sensitivity, high cost and high toxicity. However, chiral organic small-molecule catalysts avoid these problems well and can be recycled. With the profound research in recent years, various chiral organic small molecule catalysts have been continuously reported. For example, Brønsted acid catalysis has gradually become a research hotspot in recent years, among which the most popular ones are chiral thiourea, chiral phosphoric acid, chiral sulfonamide, chiral diol, etc.