Cinchona alkaloids, which were once known for the popular antimalarial drug quinine, have emerged as the most powerful class of compounds in the realm of asymmetric organocatalysis during the last 2 decades. Apart from natural cinchona alkaloids, many derivatives, such as those containing hydroxyl groups, amines, ureas, and thiourea functionalities, especially at the C9 position, either alone or in the presence of an additional catalyst that might be a simple achiral compound or metal salt, have been employed in diverse types of enantioselective syntheses by asymmetric catalysis. This can be attributed to the abundance of cinchona alkaloids in nature, their commercial availability at reasonable prices, stability and easy handling in laboratory, and their convenient modification by simple reactions. 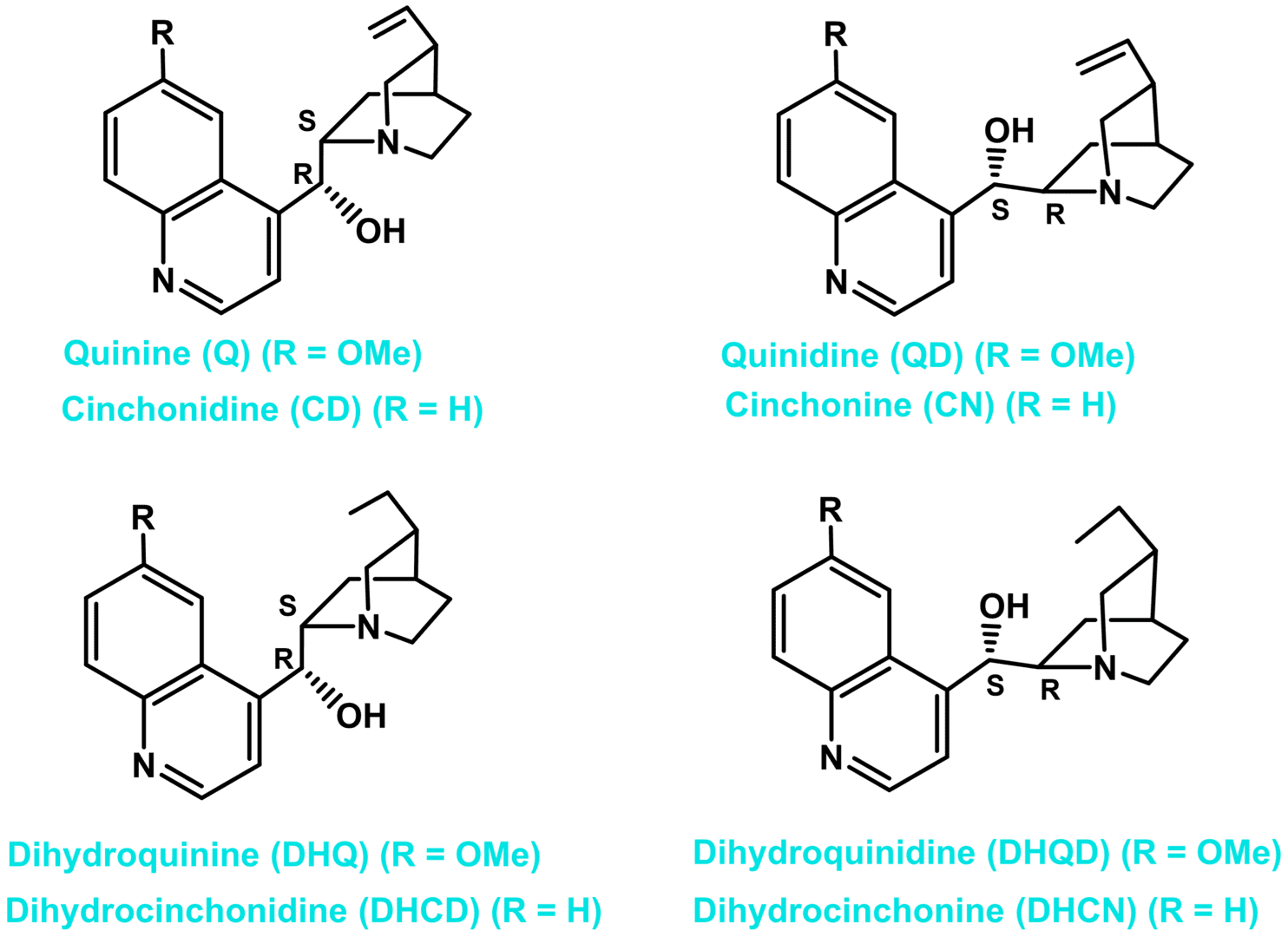 The cinchona skeleton consists of two rigid rings: an aliphatic quinuclidine and an aromatic quinoline ring joined together by two carbon-carbon single bonds. There are five stereocenters in the molecule. The cinchona alkaloids occur in pairs, which differ in configurations at C8, C9, and N1 positions. The eight major cinchona alkaloids (Fig. 1) are diastereomers, usually referred to as pseudoenantiomers because they offer enantiomeric products when used as catalysts. Several studies have shown that cinchona compounds work as bifunctional catalysts. The quinuclidine ring, bearing a tertiary nitrogen atom, is 103 times more basic in comparison to quinoline nitrogen. The tertiary nitrogen is thus responsible for the basic character of the catalyst. The H-bonding groups, such as the hydroxyl group, urea, and thiourea at the C9 position, activate the electrophile by hydrogen bonding. The relative orientation of the two rings quinoline and quinuclidine creates a “chiral pocket” around the reactive site, forcing a particular approach of the substrates, resulting in enantioselective product formation.