Over the past decade, enantioselective catalysis by a small organic molecule has become a rapidly growing area of research as it offers operational simplicity, uses mild reaction conditions, and is environmentally benign. Chiral phosphoric acids (CPAs) are esters of phosphoric acid that have chiral backbones and represent an important and widely used class of catalysts for a variety of enantioselective transformations, especially for carbon-carbon and carbon-heteroatom bond-forming reactions. They are important for the development of chiral compounds, which are involved in the design of chiral catalysts and ligands. In a common sense, a chiral phosphoric acid acts as a bifunctional Brønsted acid/base catalyst, in which the non-bonding electron pair of the oxygen atom in the P=O bond is regarded as a basic moiety and the P-OH hydrogen as an acidic moiety. However, in some cases, chiral phosphoric acids just solely act as Brønsted acid catalysts. 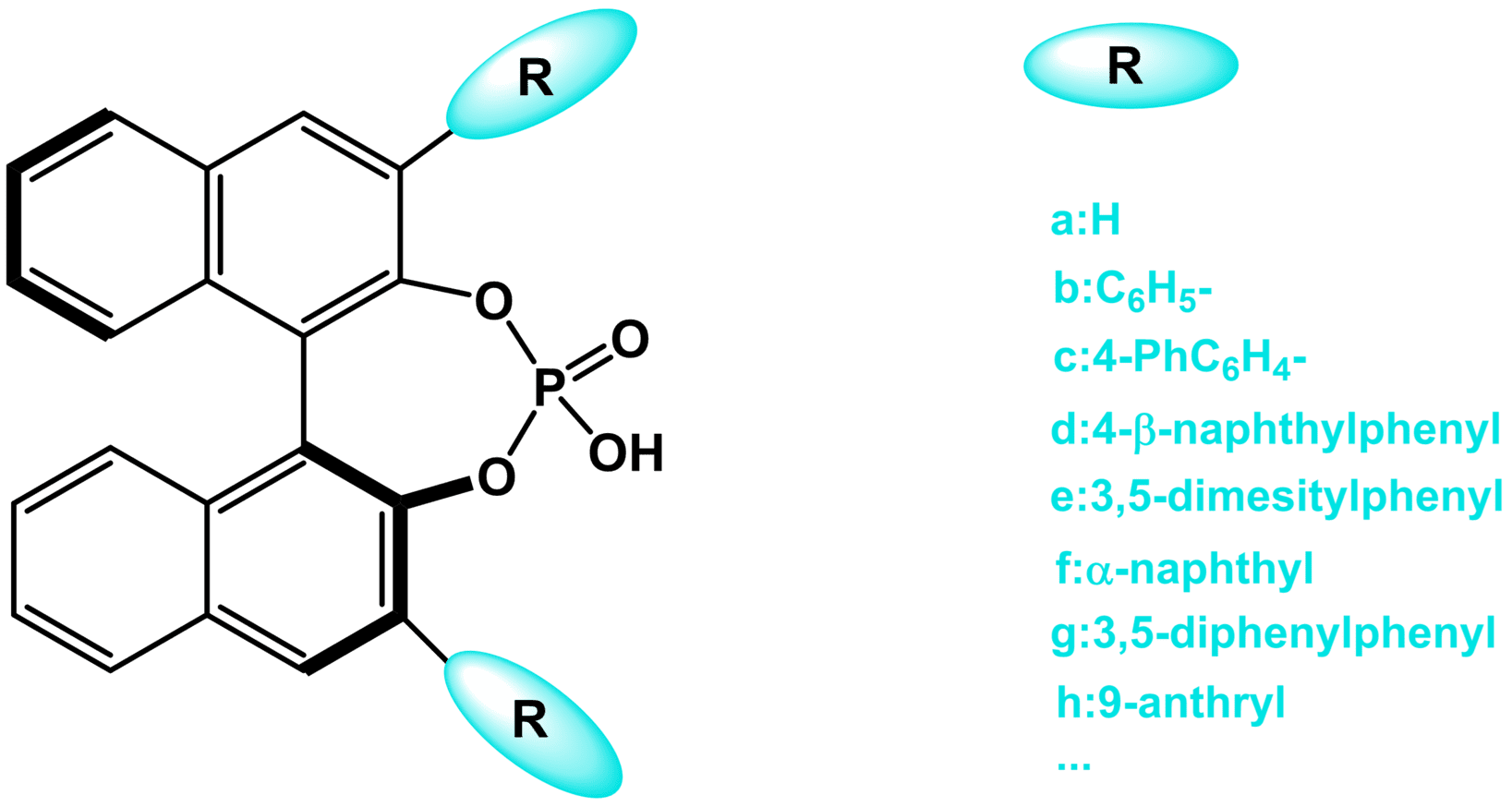 Chiral phosphoric acids, as well as related catalysts, including N-triflyl phosporamides, chiral disulfonimides, and chiral imidodiphosphates, are stronger acids with pKa values in the 2-4 range and have been extensively developed during the past several years for a range of different transformations. With chiral phosphoric acids quickly cementing themselves in asymmetric synthesis and catalysis during the 2000s, in more recent years their influence has also percolated into other fields, including organometallic chemistry and polymer chemistry. Chiral phosphoric acids have an ability to operate in synergy with transition metal catalysts, either as ligands that modulate the coordination sphere around the metal or as co-catalysts that participate in outer sphere substrate activation. As such, the ever-growing chiral phosphoric acid toolkit has revolutionized how researchers in homogeneous catalysis approach enantioselective methods development.

Currently, chiral phosphoric acids are widely used in stereoselective oxidative/cross-coupling of two aryl counterparts, asymmetric control of aromatic ring formation, atroposelective functionalization of biaryl compounds, and so on. Chiral phosphoric acids have great potential for catalysis of a wide range of reactions to achieve good to perfect enantioselectivities. This is due to their ability to act as synergistic bifunctional catalysts bearing both Brønsted acidic and Lewis basic sites, with the 3,3'-substituents playing a crucial role in achieving excellent enantioselectivity. The widespread use of phosphoric acids and phosphates as chiral acids, chiral anions, and ligands is one of the most important achievements of modern enantioselective catalysis.